Why Multi-Layered Concepts Matter - the why

"Concept" is a pretty vague word - more often than not used in places where it doesn’t really belong. it can be a vision, an ideology, or even used to describe something unfinished. In this article, I’ll be using it to describe the driving ideas behind a project or product.

"Concept" is difficult to define for a reason: it’s not one single entity, but rather a collection of ideas that come together to form a coherent picture. Take Meta Trails - you could say that the general concept behind it was to create a new type of learning experience. But obviously, that isn’t the whole story. We have established the first layer of the concept - the coating that will cover the entire project, if you will - now, the Multilayered concept comes into play.

You start by adding some depth to this idea.

If you’ve thought about your idea for very long you may already have the answers to each of these questions - but you have to recognise them as separate layers of your concept. These questions determine what directions you head for in the development process. Too often we can get bogged down in functionality without first understanding the ideas that are driving us to create that functionality. It is easy to have a basic idea - just realising there is a niche for a certain functionality. In our case, we realised that there was a niche for creating a self-learning application that would be more focused on showing the progress of the learner.

To some extent we have our why: no other service filled this exact niche.

Let’s be honest though - the fact that something does not exist does always not mean it should. (see grilled cheese cookies). So even though you’ve found your niche, you still need to justify it. Is there a genuine need for the kind of service you’re providing? Are there many similar services that fulfil that need?  Try not to just follow the cultural zeitgeist of the day - it temporary, and it’s often already been done.

How often have you heard someone say they're going to make the next (insert popular web service here)? Often it’s just because that service was successful, and they want a slice of that success.

If there is no more depth to a concept than that, it’s usually doomed to failure. I’m not here to step on anyone’s dreams - but really. It’s very likely.

With MetaTrails, we realised that people are more likely to try to teach themselves tech-centric skills than get a formal education. Since these skills are always evolving, there will always be something new to learn, even for those who did do a formal education.  This creates a continuous need.

There are numerous services providing self-teaching resources, so we wanted to find another aspect of self-learning - learning progress. Why? Because getting an education is both about resources and feedback. Encouragement can help a self-learner keep going. If you give them an incentive, making a mildly game-like interface for their self-learning, it might help keep them going.

You need to fully believe that what you’re doing will make a difference to the area that you have chosen. A good difference. Something that will genuinely be useful to your intended audience.

Let’s Recap the process for Why:

Why is often the first step in the process, since you won’t need to work out any of the other questions if the general concept fails at this stage.

Now we can move on to the other questions, which don’t need to be asked in any particular order. But since I’ve already raised the topic, we’ll start next week with: Who

If you’re curious about Metatrails have a peek here 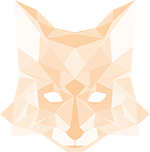